David “Dae-Lee” Arrington is a GRAMMY Nominated producer, recording artist, creative entrepreneur, co-owner of Charlotte-based creative agency Hue House and founding member of FAIR PLAY Music Equity Initiative. He also diligently serves within the Charlotte community as a board member for Communities In Schools, committee member for the Arts And Science Council as well as the YMCA.

In all he does, Dae is a bridge builder, passionately leveraging his influence and the power of the Arts to bring diverse people groups together for the greater good. 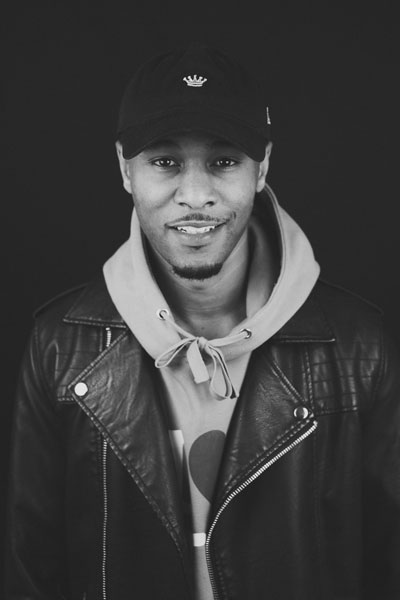 Since 1994 Frank Dominguez has been a familiar voice to classical music listeners on WDAV. Through the years he has played a crucial part in station programming decisions through various roles and currently leads the station as General Manager/Host and Producer of Night Music and Concíerto.

Prior to coming to WDAV, Frank began his radio career at 90.7 WFAE, where he hosted the popular Sunday evening music program, Nightscapes. In addition he has worked extensively in local theater as an actor and director, including productions for Actor’s Theatre of Charlotte, CAST, Theatre Charlotte and Opera Carolina. 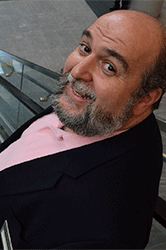 Arsena Schroeder is a singer-songwriter with R&B, pop, and folk influences – think India Arie meets Alicia Keys with inspirational undertones. Her songs tackle topics of personal healing and empowerment. Having released her sophomore album “Sleep Talking”, Schroeder has accomplished much touring as an independent recording artist. This list includes but is not limited to headlining international shows, an endorsement with Breedlove Guitars, and winning over hearts with a standing ovation from Michael Jordan at The Time Warner Cable (now known as Spectrum) Arena. Her latest release, “Remixed & Remastered: The Unplugged EP” is out now and available on digital download and streaming platforms. 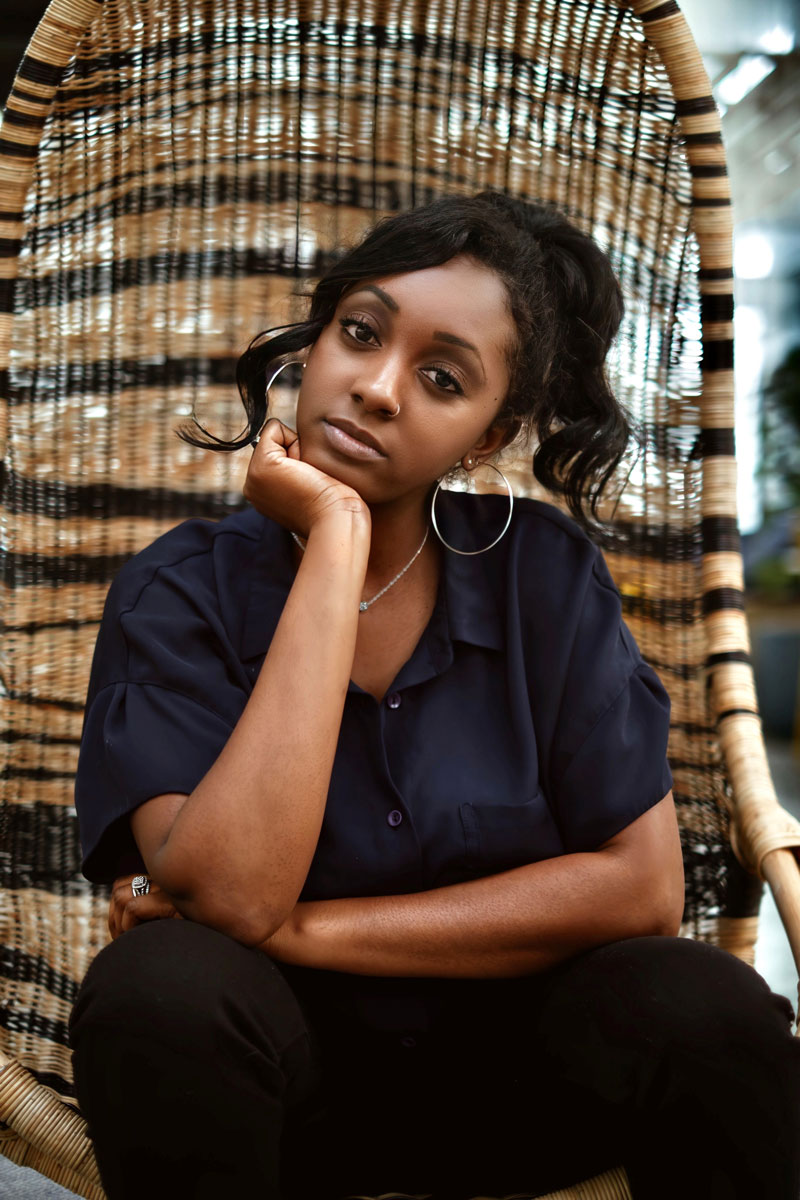 Originally from Rochester, New York, violinist Lenora Cox Leggatt earned her Bachelor of Music degree from the Eastman School of Music studying with Catherine Tait and Zvi Zeitlin, and Master of Music degree from the Cleveland Institute of Music with Donald Weilerstein. Lenora served as concertmaster for The Cleveland Opera Orchestra for eight years, and for the former Ohio Chamber Orchestra and Cleveland San Jose Ballet. Performing along with her twin sister—oboist, Johanna Cox Pennington, their  performance of the music of Dinos Constantinides at Carnegie Hall was critically acclaimed as “the highlight of the concert”. Ms. Leggatt currently resides in Charlotte with her husband and son and performs regularly with the Charlotte Symphony. 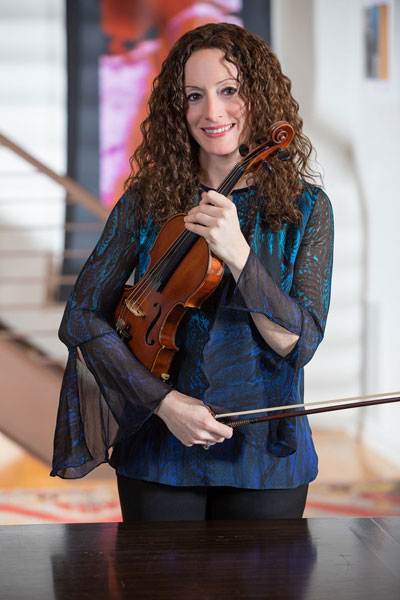 Composer Leonard Mark Lewis is the recipient of awards from ASCAP, B.M.I., Columbia University (Bearns Prize), Voices of Change, Frank Tichelli, and MACRO. His music has been performed across the US and in Scotland, Germany, England, Peru, Croatia, Czech Republic, Italy, and Poland. His orchestral works have been commissioned and performed by the American Composer’s Orchestra, The Charlotte Symphony, the Charlotte Civic Symphony, and Cy-Fair Orchestra. His recent commissions include a chamber opera and a work for New Century (Saxophone) Quartet. His music is published by Dorn, Manhattan Beach, Southern, Selah and Haggelstein. Lewis is a Professor of Composition/Theory at Winthrop University. 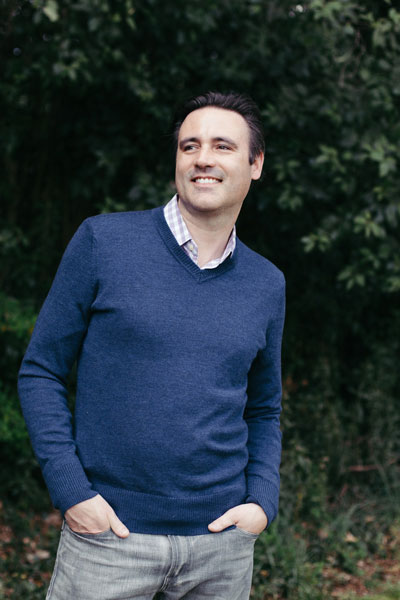 Chris Suter is a Musician and Audio Engineer based out of Fort Mill, SC. After graduating from Sheffield Institute Of The Recording Arts in 2011, he then moved to Charlotte, NC where he worked at various recording studios in the area before starting his own studio in Fort Mill. While still spending most of his free time playing and recording music, Chris also strives to make time for other non-music related passions such as running, home renovations, and classic cars. 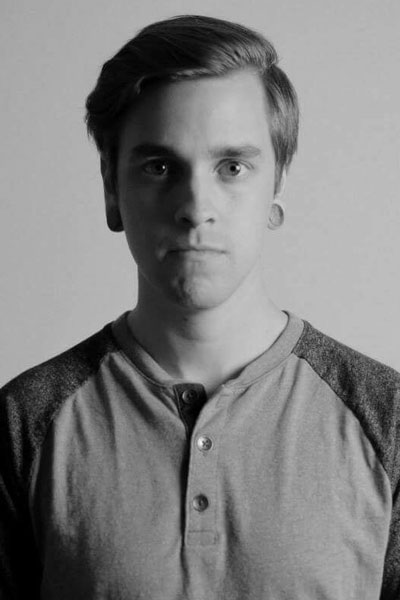 Singer-songwriter, rapper, producer, and renaissance artist, Greg Cox began his music career in 2010 by touring with gospel artists. A native of Wilson, NC, Cox shows off his soulful southern roots in every song he sings through his distinct blend of gospel, R&B, and lyricism. Introduced to music at an early age by way of his father, gospel singer Johnavon “Bo Peep” Sauls, he also cites Randy Newman as a heavy influence. As an aspiring producer, Cox began to curate his own material, which afforded him an opportunity to tour, produce, and perform across the country.

His latest album, ETC., was released in late 2018 along with two self-produced singles in 2019. He is featured on the single “Strong God” on Kirk Franklin’s latest album Long Live Love and performed live at the 50th GMA Dove Awards. His single “The Other Side” with Emily Sage made NPR’s Heavy Rotation in February 2019. 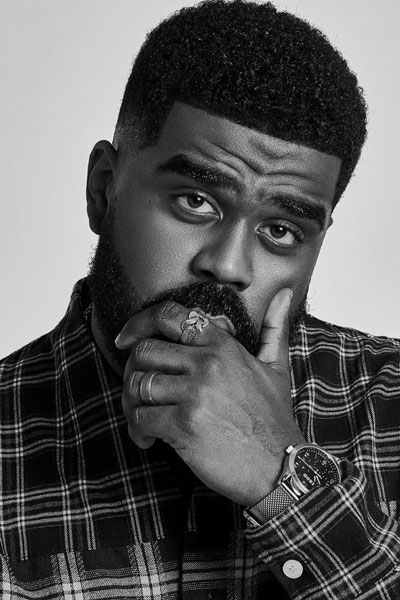 Jane Hart Brendle has been a member of the violin section of the Charlotte Symphony since 1995. She also serves as violinist and arranger for Carolina Strings, a chamber group which specializes in playing music for events and educational presentations in the Charlotte area. Many of Jane’s violin solos and arrangements of various styles of music have been recorded with area performers and composers. As a musical hobby, Jane plays mandolin and mandola in The Charlotte Mandolin Quintet. Jane holds a Master of Music degree in applied violin performance from UNC-Greensboro. 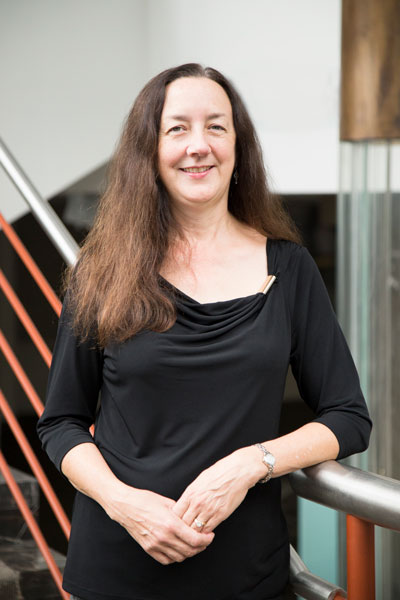 Violist Matthew Darsey leads a varied musical life as both a performer and an educator. A strong advocate of contemporary music, he is a founding member of the MAPSensemble, a Viola/Piano/Percussion trio, and has collaborated with the Bechtler and Out Of Bounds Ensembles, as well as regularly performing with the Charlotte New Music Festival. He regularly performs in the Asheville, Hendersonville, Greenville, Winston-Salem, and Charlotte symphonies. Outside of classical music, Matthew performs with the band Sound of Raine, bringing together musicians of various backgrounds. Matthew is the adjunct professor of viola at Winthrop University. 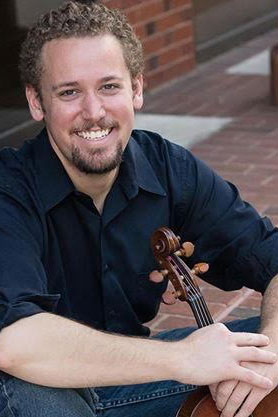 A$H. brings the new wave of true POP/R&B. Her full-spectrum view encompasses everything from the explosive dance floor eighties nostalgic POP to the wavy vibes of the mid-to-late nineties R&B classics. As a result, she emerges with a signature sound of her own that stretches across listeners from all ages, cultures and countries. A$H. has had a unique journey from earning a B.A. in theatre from Spelman College and being a background singer and dancer to the stars, to writing transcending music with producer T. Brown. 2019 birthed her debut album, “It’s Just Art.” “It’s Just Art – A $hort Film” premiered February 2020. 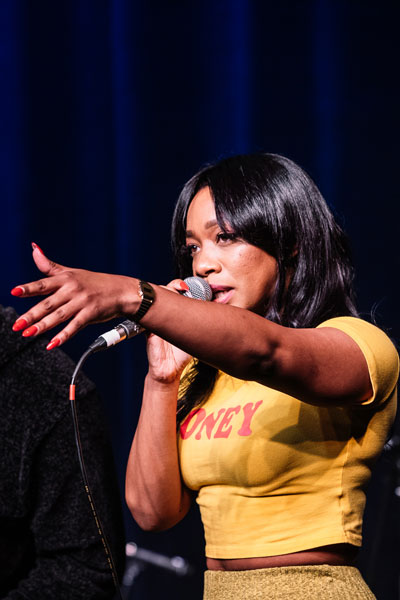 Joseph Quisol, M.Ed. is a singer-songwriter and cultural organizer currently residing on Catawba land. In 2016, Quisol began his music career by hosting pop-up shows and house concerts across Charlotte with Queen’s Collective. Then in 2017, he entered a master’s program called Art in Education at the Harvard Graduate School of Education, where studied under musical greats Vijay Iyer’s and Esperanza Spalding. Since then, Quisol spent several years in the San Francisco Bay Area where he independently released his debut album REVELATIONS with his label Pop Industrial Complex, completed a series of national tours, and presented at conferences on the intersection of music and activism. Now back in North Carolina, Quisol is co-founding a creative community center called Echo Makerspace Center in East Charlotte while working on his sophomore album In The Flesh. 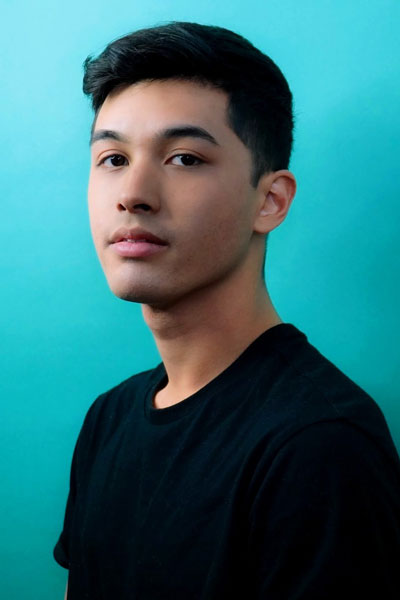 Kari Giles moved to Charlotte in 2006 to become the Assistant Concertmaster of the Charlotte Symphony. Mrs. Giles is passionate about chamber music and new music in particular. A founding member of the Madison Park String Quartet, she enjoys curating programs that feature local composers, diverse styles, and collaborations with other art forms. Recent performances include a street performance with Your Neighborhood Orchestra at the Boom Festival 2019, Listen! Race Matters as a member of the A Sign of the Times Strings, an evening of eclectic “Off the Rails” music at Snug Harbor in Charlotte, NC, and a collaboration with the musicians of Aarohan Music for the Festival of India 2019. As an educator, she maintains a small private studio, serves as adjunct Professor of Violin at Winthrop University, and coaches with the Youth Orchestras of Charlotte. She is also honored to be a board member of The Possibility Project Charlotte. 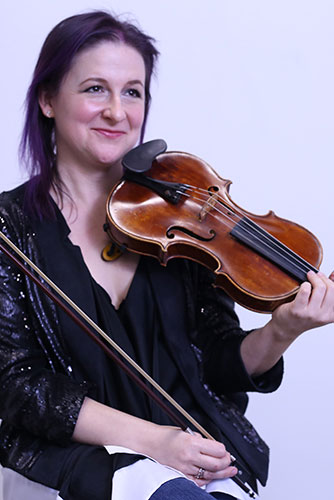 Jeremy Lamb received his B.M. from the Peabody Conservatory with Alan Stepansky. He is currently a member of the Charlotte Symphony and maintains the position of Assistant Principal in the NE Pennsylvania Philharmonic in Scranton where he also performs frequently as a chamber musician. Before moving to Charlotte, Jeremy was a substitute on the Broadway musical Aladdin as well as a member of numerous orchestras including the New Haven, Harrisburg, and Eastern Connecticut Symphonies. He has also worked as a luthier for several violin shops around the country and currently rehairs bows for string musicians in the Charlotte area. 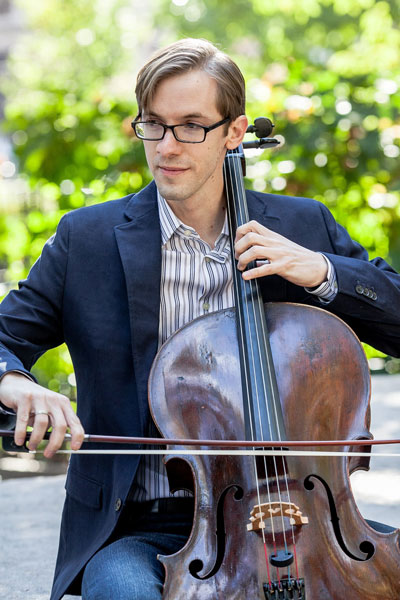 WDAV thanks OrthoCarolina for their support of NoteWorthy and their long-standing commitment to the work we do to build community through music. NoteWorthy is made possible, in part, by funding from ASC. WDAV and Fair Play thank Blumenthal Performing Arts for the use of Stage Door Theatre.